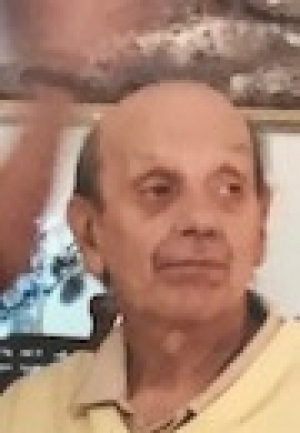 Biography: RICHARD J. LEAHEY
ONEIDA- Richard J. Leahey, 71, Broad Street, died Friday morning, December 6, 2019, in the Betsy Ross Nursing and Rehabilitation Center, Rome, where he had been a patient for the past two days.
Born in Oneida, on August 16, 1948, he was the son of Richard M. and
Esther Shelter Leahey. Following the death of his father when he was a toddler, his mother later married John Husband, who helped raise him. A lifelong resident of the area, who resided over thirty five years in Chittenango, Dick was a  graduate of Oneida High School, Class of 1966, Hartford Junior College in Maryland and cum laude from Cortland State College in January of 1972. He married Christine Harris in the First United Methodist Church, Oneida on July 29, 1968 and recently celebrated fifty-one years of marriage
Prior to his retirement with thirty years of service, Dick was employed with the Chittenango School District as a physical education teacher and was elected to the Chittenango School’s Hall of Fame and coached cross country, basketball and track and field. He also coached varsity basketball at the Faith Heritage School and served as the assistant varsity basketball coach at Cazenovia College
Dick was a member of the Church of the Nazarene and its Young at Heart Group and loved camping at the Shiloh Christian Family Campground.
Surviving besides his wife, Christine are his daughter, Lori Potter of Canastota; his two sons, Pastor Jeff R. (Amy) Leahey and Richard J. (Karen Smith) Leahey, all of Oneida; eleven grandchildren, Samantha, Abrina, Jordan, Malachi, Jannessa, Victoria, Myles, Hannah, Jesse, Leah and Jayden; one great-grandchild, Finley; and several cousins.
He was predeceased by his son-in-law, John Potter and his brother, Bill Husband.
Funeral services will be held 6 PM, Monday from the Church of the Nazarene, Route 5, Canastota, with the Reverend Jeff Rogers, pastor, officiating. Interment will be made on Wednesday in Oakwood Cemetery, Chittenango. Friends may call at the church, 4-6 PM, Monday. Contributions, in his memory, may be made to Church of the Rock’s Children Program, 164 Madison Street, Oneida, NY 13421,
To leave a message of condolence, visit www.campbell-dean.com.

CAMPBELL-DEAN FUNERAL HOME, INC.
Oneida
Condolences(01)
Matt
#1
Jeff and the entire Leahey family, I am sorry we could not make the calling hours or services but I wanted to let you all know what a great coach and friend your dad was to me. He coached me in football and basketball and his practices were incredibly well run and the results showed on the court. I was also part of the 1st Fellowship for Christian Athletes group at Chittenango HS. The program started in the small meeting room with about 10 people and ended in the bleachers in the gym with over 150 students. He was never afraid to express and share his faith. What a gift! My best to you all.
Matt
Top