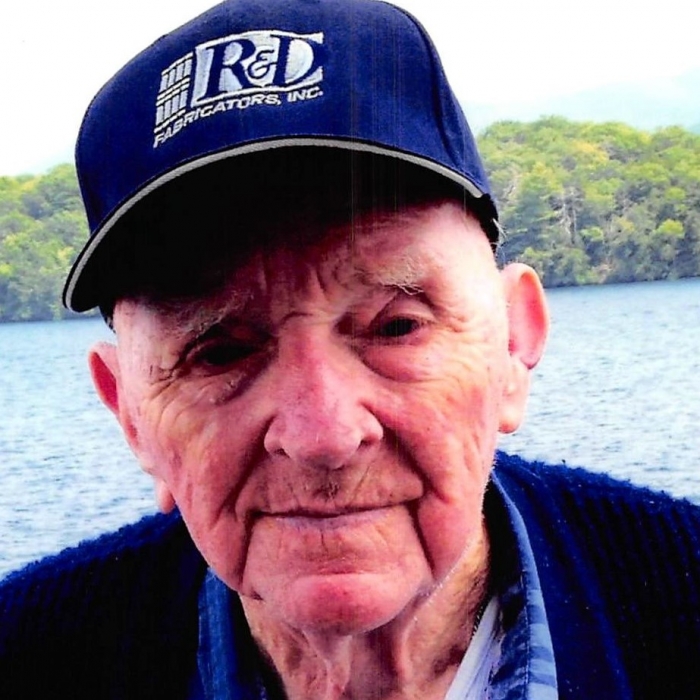 Biography: DEAN C. WOOD, SR.
BLOSSVALE- Dean C. Wood, Sr., 92, Fels Road, died Friday afternoon, November 20, 2020, in the Oneida Healhcare, where he had been a patient for the past four days.
Born in Hamilton, on December 19, 1927, he was the son of Charles H. and Elinora Kuhn Wood. A lifelong resident of this area, Dean was a graduate of Oneida High School and seved with the New York State National Guard. He married Anne M. Parkhurst in North Bay on February 4, 1950. Anne died on July 29, 2010.
Prior to his retirement, Dean was employed with the Oneida City School District as the custodian of Seneca Street School, and previously had been employed with the former Henney Motor Coach Company, the former Stanton Paper Box Company and the New York State Canal System . He was a member of St. Paul’s United Methodist Church, a member and past chief of the Vienna Fire Department, where he served with the fire police and was awarded the Fireman of the Year honor, a member of the Sylvan Beach Youthful Seniors, the YMCA and the former Loyal Order of the Moose, Oneida Lodge # 421. Most importantly, Dean will be remembered as a devoted, husband, father, grandfather, great-grandfather, brother and uncle.
Surviving are his four daughters, Jean (David) Bertollini of Clay, Mary Cooper and and Nancy Balbuena, both of Sylvan beach and Alice (Bryan) Engel of Costa Rica; his two sons, Michael Wood of Blossvale and Dean C. (Heather Johnston) Wood of Durhamville;; his two sisters-in-law, Grace Wood of Florida and Cora Bell of Blossvale; fifteen grandchildren, numerous great-grandchildren and one great-great grandchild. He was predeceased by his sister, Donna Hurlburt and his brother, James Wood. Funeral services will be held 12 noon, Tuesday from the Campbell-Dean Funeral Home, Inc., 260 Main Street, Oneida. Interment will be made in Hillside Cemetery, Oriskany Falls. Friends may call at the funeral home,10 AM- 12noon, Tuesday. Contributions, in his memory, may be made to the Vienna Fire Department or Wanderers Rest. To leave a message of condolence, please visit www. campbell-dean.com