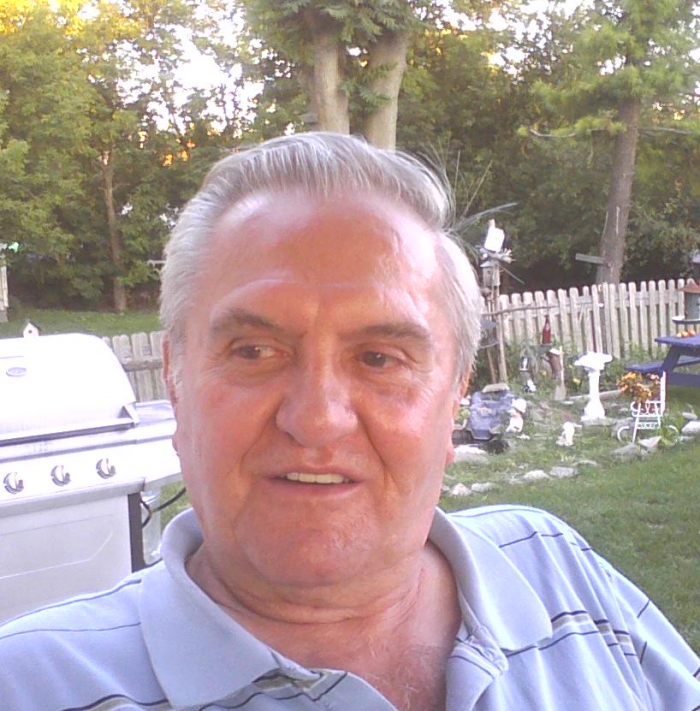 Biography: RONALD L. DENNEY
CANASTOTA- Ronald L. Denney, 75, of Oxbow Rd, died Wednesday, December 2, 2020, in the comfort of his own home, surrounded by his loving family.
Born in Rutland, Vermont on July 23, 1945, he was the son of Thomas A. and Pearl Wimmet Denney. A resident of the area since the age of eleven, Ronald attended Canastota schools.  He married Rose Garrow on August 27, 1966 in Canastota.
Prior to his retirement, Ronald was employed with Community General Hospital, where he worked for forty-five years. He was previously employed with Upstate University Hospital and Oneida City Hospital. He had a great love for cars, including his own hot rods, a 57 Chevy and 74 Nova. His grandchildren and great grandchildren had a special spot in his heart, and he was of the Christian faith.
Surviving besides his wife Rose are his two daughters ,Tammy and Wayne Learned of Canastota and Tracey Coleman and Paul Ackerson of Rome; his daughter in law, Georgian Gena of Oneida; four grandchildren, Wayne “Matthew” and Melissa Learned, Dylan Learned, Frank and Katrina Coleman III, and Veronica Denney and Torey Worthman; seven great grandchildren; and his sister Gloria Jones of Oneida. He is predeceased by his son, Ronald T. “RT” Denney; his son in law, Frank Coleman Jr.; his eight brothers and eight sisters and two grandchildren Brett and Torreal Coleman.
Funeral services will be held 1PM, Monday from the Campbell-Dean Funeral Home, Inc., 300 South Peterboro, Canastota, with the Reverend Anthony Tosti, officiating. Interment will be made in Mt. Pleasant Cemetery. Friends may call at the funeral home, 11 AM-1PM, Monday. Contributions may be made to, Greater Lenox Ambulance Service, P.O. Box 382, Canastota, NY 13032. Due to the COVID-19 pandemic, facial coverings including the mouth and nose will be enforced, social distancing will be required, and adjusted capacity will be maintained. To leave a message of condolence, please visit www.campbell-dean.com.

CAMPBELL-DEAN FUNERAL HOME, INC.
Canastota
Condolences(03)
Rose Yager
#1
Uncle Ron was a very special man , He holds a special place in my Heart. I was always so happy to see him. And have him tell me all about his cars.and How much he lived Aunt Rose he made that know what a great wife she is to him. He will be missed by many. He was the only one of my Dads brothers I got to know and so glad I did . Rest In Peace uncle Ron you will never be forgotten., Rose Yager
Christine staats
#2
Rip uncle Ron. Aunt Rose my thoughts and prayers are with you and your family. Love you all
Paula Heiden
#3
So very sorry for your loss Rosie , prayers and thoughts for you and your family
Top