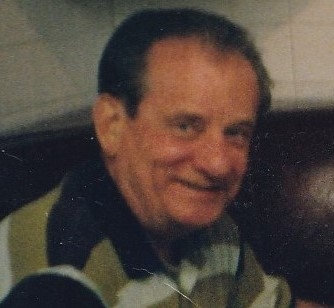 Biography: JOHN E. SWISTAK, SR.
CANASTOTA- John E. Swistak, Sr., 79, Clark Street, died Tuesday, January 4, 2022, in the Lutheran Home, Clinton, with his loving wife by his side.
Born in Syracuse, on May 7, 1942, he was the son of John and Margaret Bloss Swistak. A resident of Canastota for the past forty-two years, returning from the various military tours, John was a graduate of Paul V. Moore High School, Central Square. He married Cookie Stagnitti in St. Agatha’s Church on April 8, 1967.
John had a distinguished twenty-year career with the United States Air Force, stationed throughout the world, including tours in Viet Nam during the war, where he received the Viet Nam Campaign Medal and the Viet Nam Service Medal and being selected to work on Air Force One in Hawaii. Following his retirement from the military, he served as the Superintendent of Maintenance for Noyes Manor in Sherrill. John was a member of the American Legion, Charles Miller Post # 140, the Veterans of Foreign Wars, Canastota Post # 600, and several other military organizations.
Surviving besides his loving wife, Cookie, are his son, John E. (Joanne Grosetto) Swistak, Jr of Palm Beach, Florida; his three brothers, Robert Swistak of Brewerton, Stephen (Gail) Swistak of Syracuse and Danial (Melissa) Swistak of Cleveland; and several nieces and nephews. He was predeceased by a sister, Shirley Swistak and a brother, Gary Swistak.
Funeral services will be held 1 PM Wednesday from the Campbell-Dean Funeral Home, Inc., 300 South Peterboro Street, Canastota, with the Rev. Anthony Tosti officiating. Entombment, with full military honors, will be made in St. Agatha’s Cemetery. Friends may call at the funeral home, 11 AM- 1 PM, Wednesday, prior to the funeral. Contributions in his memory made be made to the VFW Post #600 or to the American Legion Post #140.
To offer a word of condolence, please visit www.campbell-dean.com.

CAMPBELL-DEAN FUNERAL HOME, INC.
Canastota
Condolences(03)
Suzanne Russ Hill
#1
Cookie... I will truly remember my morning breakfast with him ... he was a great guy.
Linda Bennett
#2
My prayers go out to Cookie and family on John's passing. I'll always remember his kindness when I visited their home in Hawaii, as a very young girl far away from home. Sending my love and prayers.
Bill Coleman
lit a candle
#3

Cookie, I am so sorry to hear about John. He was such a great person and friend to so many. My condolences to you and your family.