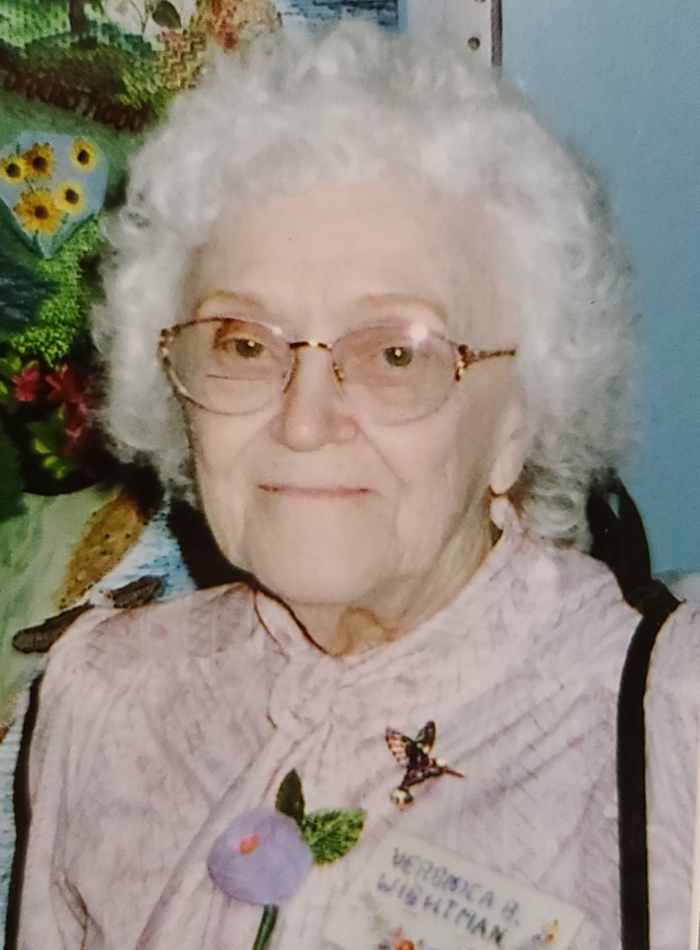 Biography: VERONICA B. WIGHTMAN
BAY SHORE, LONG ISLAND- Veronica B. Wightman, 104, of Bay Shore, Long Island, passed away on Friday, January 7, 2022 in South Shore University Hospital, Long Island.
Born in Stockbridge on November 22, 1917, she was the daughter of Patrick F. and Margaret H. Baker Boylan. Veronica was a resident of the Oneida area until her marriage to Henry B. Wightman on July 7, 1941 and was a graduate of Sherrill High School. After marriage, she and her husband traveled and resided where his military service took them. They settled in Long Island and after having her last of six children, she attended SUNY at Farmingdale and SUNY at Stony Brook, both on Long Island, and earned her Bachelor’s degree in nursing, becoming a Registered Nurse.
Before her retirement in 2000 spending forty-two years as a dedicated nurse, Veronica was employed by the Brightman Nursing Agency as a home health nurse and had been employed by various hospitals. While residing in this area, Veronica was employed with Oneida Limited, Silversmiths.
She was a sports fan, especially baseball and basketball, with the N.Y. Mets and Syracuse Orange being her favorite teams. Veronica enjoyed embroidery, needlepoint, crocheting and knitting and was a member of several organizations pertaining to these hobbies.  She was a music sponsor at Bay Shore High School. Veronica had a great love for her grandchildren and great-grandchildren.
Surviving are: four daughters, Margaret A. Traynor of West Virginia, Mary (Charlie) McCabe Wightman of Bay Shore, Long Island, Marilyn L. Wallace of Manorville, Long Island and Maureen K. Algustowski of Clinton; one son, William H. (Julie) Wightman II of Delaware; seventeen loving grandchildren; numerous great-grandchildren; several nieces, great-nieces and great-nephews. She was predeceased by a son, Henry Wightman Jr. in infancy, sister, Betty Boylan Hull and a brother, Francis Morris Boylan.
Funeral services will be held 12pm, Saturday, January 29, 2022, from St. Patrick’s Church, where the funeral Mass will be celebrated by the Reverend Christopher Ballard, pastor. Interment will be made along side her parents in St. Patrick’s Cemetery. Friends may call at the church from 10am-12pm, prior to the funeral service. Contributions may be made to the American Heart Association. Arrangements are under the direction of the Campbell-Dean Funeral Home, Inc., 260 Main Street, Oneida.
To leave a message of condolence, please visit www.campbell-dean.com.