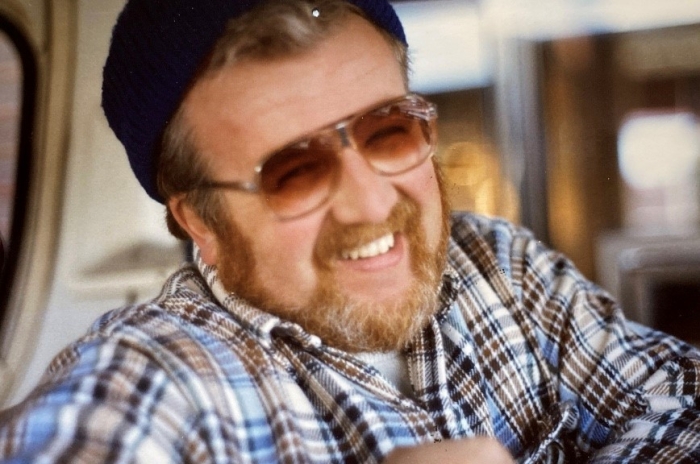 Biography: HONORABLE ROBERT B. STURDEVANT JR.
Robert B. Sturdevant, Jr., 79, formerly of Buyea Road of Canastota, went to be with the Lord on Tuesday, August 23, 2022, in the comfort of his daughter’s home, surrounded by his loving family, in Seville, Ohio.
Born in Central Square on November 23, 1942, he was the son of Robert B. and Dorothy C. Craver Sturdevant Sr. A lifelong resident of the area, Bob was a graduate of Canastota High School. He married Sharol L. Smith in Canastota on October 27, 1962. Sharon passed away on February 12, 2008.
Prior to his retirement, Bob was the proprietor for Sturdevant and Associates. He was a member of the Clockville United Methodist Church. Bob was formerly the Town of Lincoln judge and was a past member of the Masons and Shriners. He also served as the Deputy Fire Coordinator for Madison County (Car 6), long time member and past chief of the Lincoln Fire Department, was a part of the New York State Association of Fire Chiefs, and the CNY Fire Chiefs Association. Bob was also a charter member and long-time board member of the Greater Lenox Ambulance Service, the Madison County Rescue Association, a member of REMSCO and REMAC, and a member of the Mid-State EMS Council. Bob also was a member of the NYS Magistrate’s Association, the NYS Nursery Men’s Association, supported the Madison County Cooperative Extension, was a Little League Coach in Clockville in his younger years, and organized events and took part of the Clockville Church youth group.
Surviving are: two daughters, Robyn and Richard Harvell of Durhamville and Heather Sturdevant-Bojovic and her husband Toma of Seville, Ohio; one son, Robert B. and Debra Sturdevant III of Canastota; five grandchildren, Ken Bach, Rob Bach, Rick Harvell, Tom Harvell and Jack Harvell; numerous sisters-in-law, a brother-in-law, and several nieces and nephews. He was predeceased by his parents, Robert and Dorothy and one brother, Walter Sturdevant on April 16, 2008.
Funeral services will be held Thursday, September 1, 2022 at 10:30 AM from the Campbell-Dean Funeral Home, Inc., 300 S. Peterboro Street, Canastota, with the Reverends William Wilcox and Betsye Mowry co-officiating. Entombment will be made in Clockville Cemetery. Friends may call at the funeral home on Wednesday, from 2-8PM. Contributions may be made to the Greater Lenox Ambulance Service, P.O. Box 382, Canastota, NY 13032, or to the Lincoln Volunteer Fire Department, 7224 Old County Rd W., Canastota, NY 13032, or to the Clockville United Methodist Church, P.O. Box 15, Clockville, NY 13043. To leave a message of condolence, please visit www.campbell-dean.com.

Bob, Robyn & Heather and families, I'm so very sorry for your loss. You were all very young when I used to babysit you. Our parents were good friends (Lee & Donna Boyles) and our families spent a lot of time together through the fire dept. activities. Our dads worked together to start GLAS. Peace to you all.
Yacklin Sandee
lit a candle
#2

Heather, my heart goes out to you over the loss of your father. I know he meant the world to you. Prayers of peace and love to you and Toma
Melissa Mahady Wilton
#3
With love and condolences for an uncle with the biggest heart and biggest smile. Thank you for the wonderful memories and the endless compassion and care you shared with all of us and your community. Rest In Peace with Aunt Sharon. Much love, Melissa, Doug, Lydia and Aria
Dcn. Scott Trefz
#4
It's with sadness we acknowledge the passing of Bob Sturdevant, Jr., offering the condolences of many from the Canastota Christian community at the loss of this significant human being who touched the lives of so many, and served so tireless in so many different ways. As the Chairman of the Canastota Area Assn. of Churches Volunteer Appreciation events for over a decade, I know full well the impact of such a life of service as Bob had.on the Fire Service and his local church in Clockville. Such a man cannot easily be replaced, but hopefully his life will draw new young people into the volunteer roles he embraced so willingly.and serve as a legacy to his memory.
Butch Hoffmann
#5
My deepest sympathy to the entire family. Bob was a very respected gentleman in the Madison County EMS world. His EMT classes were proof to his dedication to the EMS profession. May God bless!
Top