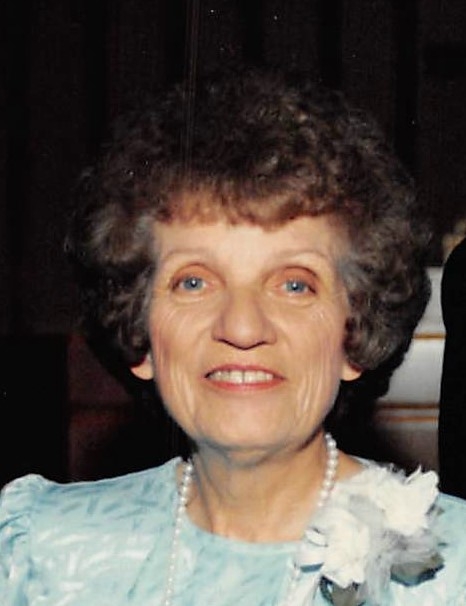 Biography: BEATRICE I. LEONARD
CANASTOTA- Beatrice I. Leonard, 93, of Lamb Avenue, passed away early Thursday morning, September 15, 2022, in the Extended Care Facility of Oneida Health, where she had been a resident for the past week.
Born in Leonardsville on December 9, 1928, she was the daughter of Earl and Ruby Mane Hibbard. A lifelong resident of the area, Beatrice was a graduate of Leonardsville High School. She married Elvin Leonard in Canastota on December 14, 1947. Mr. Leonard died on March 27, 2002.
At one time, Beatrice was employed with the former Olney and Floyd Canning Factory in Canastota and spent much time as a stay-at-home mother. She took on jobs ironing and sewing and enjoyed crocheting and knitting. Mrs. Leonard often donated her creations to the hospital for newborn babies, lap blankets to nursing homes and pads for cats and kittens at local animal shelters.
Beatrice was loved by everyone she met and remembered fondly for being outspoken and opinionated. She volunteered at various, local churches and spent much time at the Church on the Rock sorting donated clothing for those in need. Beatrice liked little dogs, especially chihuahuas and had a green thumb for plants and gardens. She was of the Protestant faith.
Surviving are: two daughters, Cynthia Allen of Munnsville and Tina (Michael) Pray of Canastota; six grandchildren, Timothy Stevens, Diane Stevens, Edward (Donna) Leonard II, Trisha Leonard, Cassandra Pray and Dylan Pray; numerous great-grandchildren and great-great-grandchildren; a daughter-in-law, Lori Leonard of Sherrill and several nieces and nephews. She was predeceased by a son, Edward Leonard in 2013, a sister, Frances Allen and a brother, Donald Hibbard.
Funeral services are 12pm Saturday, September 17, 2022, from the Campbell-Dean Funeral Home, Inc., 260 Main Street, Oneida, with the Reverend Kurt Johnson, officiating. Interment will be made in Valley View Cemetery. Friends may call at the funeral home on Saturday, from 10am-12pm, prior to the funeral service.
To leave a message of condolence, please visit www.campbell-dean.com.

CAMPBELL-DEAN FUNERAL HOME, INC.
Oneida
Condolences(04)
Cynthia Allen
#1
My mom was a wonderful woman ❤️ I truly am going to miss her. I love you mom.
Linda Savage
#2
RIP Bea. Prayers for the family. Hold the memories tight and you will always have her with you.
Elizabeth Burlarley
#3
I send my dearest sympathie and condolence to the family, I I'm so glad I got to meet Bee. It was nice to be her neighbor across the hall. She loved my dog Mimi, Mimi loved her and would sit with her. Bee will be greatly missed. She was a very sweet lady.

My sincere condolences to Tina and family. May our Lord see you through your darkest hour
Top