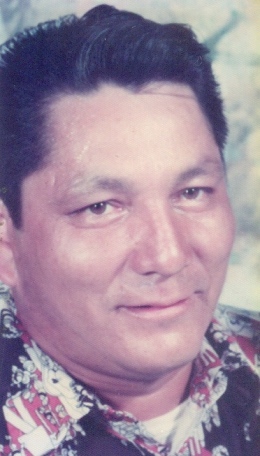 Biography:  VICTOR J. CORNELIUS, SR.
ONEIDA- Victor J. Cornelius, Sr., 72, of Oneida, passed on to the Creator’s land Thursday, September 18, 2014 peacefully in his home. Victor was a member of the Onondaga Nation’s Snipe clan and Longhouse religion.
Victor is survived by his wife of over 40 years, Doreen Cornelius of Oneida; one son, Victor J. Cornelius, Jr., of Oneida; two step-sons, Kirby (Monica) Watson of Oneida and Jim Watson of Waverly; three step-daughters, Kim (David) Jacobs of Munnsville, Kandice (Clint Hill) Watson of Oneida and Sylvia “Beege” Patterson of Cattaraugus; and sisters Electa Johnson and Corrine (Dickie) Johnson. Victor is predeceased by his parents, Eli and Harriet Cornelius; his twin brother, Vincent; his brother, William (Marsha) Cornelius; and his sister, Rose (Charles) Gibson. Victor had ten grandchildren, sixteen great-grandchildren, and many nieces and nephews.
Victor, also known as Jim or Jimmy by friends and family, attended Onondaga Nation School and Lafayette High School. He was an avid lacrosse player and could often be found recounting old plays and goals from his years spent playing lacrosse with the Onondaga Athletic Club and Onondaga Nation Warriors. Known as “Hall of Famer” by many, his lacrosse skills were legendary and his expertise was often sought out by younger players. He also had excellent basketball skills and was often banned from foul-shot competitions and State Fair games.
He moved to Oneida from Onondaga in 1971. Victor was employed by several construction companies including LeBarge and DiVeronica Brothers and was a member of the Laborer’s Union and the Sons of the American Legion Post 54, Munnsville. Most recently, Victor worked as a gas attendant at Oneida Nation SavOn and was loved by many customers and co-workers.
Funeral services will be at 2 PM on Tuesday from the Oneida Council House on Territory Rd. Friends may call from 4-7 PM on Monday at the Campbell-Dean Funeral Home, Inc., 260 Main St., Oneida. Interment will be at the Oneida Nation Cemetery. Contributions, in his memory may be made to the Sons of the American Legion Munnsville Post 54, 6311 E Hill Rd, Munnsville, NY 13409. To leave a message of condolence, please visit www.campbell-dean.com.
CAMPBELL-DEAN FUNERAL HOME, INC.
Oneida

Condolences(03)
Joyce & Keith Wilkins
#1
Kim, Dave and all of Vic's family, our thoughts and prayers are with you....
embrace the many many memories you have made with Vic.
Mr & Mrs David Phillips and daughter Shelby Phillips
#2
Sending our heartfelt condolences to your family during this time. May the Creator bless you with Strength and. Love to get thru this difficult time. Sending all of you... lots of love n (((HUGS))) and prayers. ❤️ from David, Melissa & Shelby Phillips (Uncle Tom's son)
Jeanne Dee Northington
#3
Aunt Reena and Family, My heart is sad for you. I wish you much strengh in the coming days. My thoughts are with you. RIP Uncle Vic.
Top