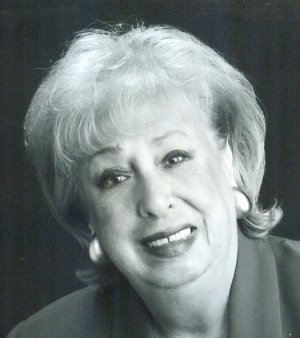 Biography:  MARION A. CIEREK
ONEIDA CASTLE – Marion Irene Cierek, 87, State Street, died Friday, November 21, 2014, surrounded by her loving family, in the Oneida Healthcare Center.
Born in the Town of Verona on November 6, 1927, she was the daughter of Philip and Philomena Ferris Awad. A lifelong resident of
Oneida, Marion was a graduate of Oneida High School. She married Walter J. Cierek in Oneida on June 3, 1967. Walter passed away 20 years later on June 7, 1987.
Surviving Marion are her brother, Joseph P. Awad, Sr. of Oneida; 2 nephews and a niece, Joseph P. (Julie) Awad of Muttontown, NY, James E. (Maureen) Awad of Liverpool, NY and Rosemary Awad of Oneida, NY; 2 great nephews and 3 great nieces, Matthew Awad (Sandra) of Coatesville, Pennsylvania, Jason Awad (Elisha) of Liverpool, NY, Alexandria Awad of Washington, D.C., Ariana Awad of Washington, D.C., and Katharine Awad of Arlington, Virgina; 3 great- great nephews: Christian, Braden, and Wills Awad. She is survived by step daughter Debra Cierek of Bellingham, WA. Marion was predeceased by brother George P. Awad and his wife, Mary, and sister-in-law Theresa E. Awad.
Marion was always very generous of her time and demonstrated unending loyalty to improving the City of Oneida. Her devotion to the
Oneida community and civic affairs was groundbreaking. Marion’s manner of accomplishing her good deeds for the community was thoughtful and unique. Marion was President of the Oneida Chamber of Commerce and Director of its Board, having continuously chaired its
Annual Banquet for more than 25 years. Following her 1988 induction as one of the first two women members of Rotary Club, Marion created and oversaw the Rotarian Thanksgiving Dinner for those in need and those who could not be with family. Since 1986, she served on the Salvation Army Advisory Board.
Marion served for 25 years on both the Oneida City School Long Range Planning Board and Day Care Planning Board, and was a member of the Oneida City Police Department candidate screening committee since 1989. She was President and Director of the United
Way. Through her leadership at the Oneida Healthcare Foundation, Marion oversaw numerous fundraising campaigns that raised hundreds of thousands of dollars for the Oneida Hospital/Oneida Healthcare Center.
Mrs. Cierek broke new ground for women business persons when she became licensed as a real estate broker in 1975 and opened Cierek Realty Inc. at the Oneida Hotel in 1981. Prior to establishing her real estate career, Marion worked as a legal secretary with Attorney Martin Angelino. Marion was a charter member and President of the Oneida Chapter National Secretaries Association and was named Secretary of the Year in 1956. Among many of Mrs. Cierek’s most distinguished awards in her lifetime, were the Greater Oneida Chamber of Commerce “1997 Distinguished Service Award”, The Oneida Rotary Roses to the Living Award of 1997, the 2001 Madison/Cortland Counties ARC Volunteer of the Year, a Paul Harris Fellow of Oneida Rotary, Who’s Who in American Real Estate, and the Mayoral appointment as Chair of the 100th Anniversary of the City of Oneida Charter, and Business at its Best.
Marion was a lifelong communicant of St. Patrick’s Church, was a director of the Oneida Community Mansion House, Director of the
Kallet Civic Center Board and president of the Oneida City Bowling League.
Marion’s commitment to her family has left an enduring mark for generations. Her resilience, work ethic, and wit were exemplar for our family and her friends. The joy and warmth she brought to holiday and family celebrations will survive beyond her passing. Her cooking was greatly enjoyed and will be missed, especially her legendary cheesecake.
Funeral services will be held at 9:30 AM Wednesday, November 26, from the Campbell-Dean Funeral Home, Inc., 260 Main St., Oneida and 10 AM Wednesday from St. Patrick’s Church, where the Funeral Mass will be celebrated by the Reverend William Mesmer. Interment will be made in St. Patrick’s Cemetery. Friends may call at the funeral home from 3-7 PM on Tuesday. Contributions may be made to Oneida Healthcare Foundation, PO Box 705, Oneida, NY 13421 or Oneida Rotary Club, c/o Donald Dew, 544 Florence Ave, Oneida, NY 13421. To leave a message of condolence, please visit www.campbell-dean.com.

CAMPBELL-DEAN FUNERAL HOME, INC.
Oneida
Condolences(05)
Latanya
#1
Dear family, I am so sorry to hear about your loss. Marion will be missed by her family and friends, but she will not be forgotten by our heavenly father Jehovah. (John 5:28,29) I hope these words will bring comfort knowing that you have an opportunity to see her again.
Bob Halder MD Rear Admiral USN(Ret.)
#2
Marion's Family, My mother was Marion's close friend from the late 40's. Together they bowled, drank Pabst beer, attended the Nat'l. Secy's. meetings and made countless trips to Syracuse for pizza and a movie. She was like a surrogate Mom. My wife and I stayed close to her all these years, visiting with her on our trips East. On 9/27/14 we sat with her at an OHS dinner. Before her recent illness she was able to enjoy the photos of that evening. Her legacy is as monumental as her Spirit. She and Walt are now hand-in-hand. What a gift God gave us in Marion.
john wier
#3
rip marion,,,,you will be missed all over.i remember many years that you and walter came into the agway gas station weekly....
Connie Wilbur
#4
Dear Family of Marion: It saddened me deeply to read of Marion's passing. I had the great privilege of getting to know her when I worked for the Oneida City School District. That first meeting was work related, but it quickly became a friendship and we enjoyed one another's company immensely. I almost went to work for her and often wish that I had. But even though I didn't, we remained friends and I stopped in from time to time just to visit with her and she was always interested in my family. She shared many stories with me and always spoke of the great love she had for and with her late husband. Also, our conversation often was about the Lord. She was a vital and interesting person; her smile was one of tremendous warmth and love; she always "welcomed" me to come in and sit and visit; we enjoyed lunch together a few times; she took a genuine interest in me and in others; she seemed to genuinely care about what was happening in your life. Yes, I am grateful for the privilege of becoming a friend of Marion Cierek. I hadn't seen her in a while and was thinking that I should stop in. It is too late now to see her, but the Lord has blessed me with some very special memories of the times I spent with her. I read where she was a wonderful aunt to her family, taking an interest in each one, loving to spend time with them at holiday gatherings and had even started Christmas shopping...may Marion bring a smile upon each of your hearts as you recall her love for you and the joy her presence brought to you. She has brought a smile to mine. With my sincerest and deepest symathy to you all. Connie Wilbur
Mary and Dave DeFrees
#5
Our sympathy to the Awad family. Marion came into our life about 9 years ago as a real estate agent. We spent many hours at her office and suddenly she called us family and we accepted. She would say "Hey-you are family my feet hurt so I am not wearing shoes." "Mary do not talk so loud-I can hear". I was so used to my dad being 93 "Okay I forgot again!"
We also did not realize all the vegetables we got over the years at Awad's Stand was Marion's family farm, but Marion explained it all to us-small world. Thanks Joe for all the vegetables you and Marion shared with us over the years.
David and Marion talked a lot about Oneida days gone by since he was born and raised here spending the first 5 years living just behind her office across from The Commons which is now parking lot.
As far as real estate Marion gets a 5 star rating. She did so much to sell our Upper Lenox home. 7 years she worked with the planning board rep, the codes enforcer, survey mapping and on and on. She stayed with us and we stayed with her. She gave us great input in what we should be looking for in a house and knew a vast number of homes in the area she had sold before. We were all happy we finally found the right folks to enjoy a place we had enjoyed for so long.
Our grandson the other day said Mrs. Marion was his friend as she gave him balloons.
Peace be with you Marion.
Top