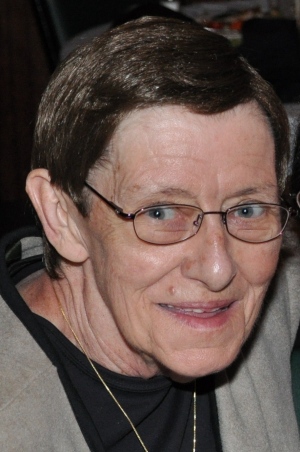 Biography:  MARIE THERESA TARRY
LAKELAND, FLORIDA- In the morning hours of Tuesday, April 7th, 2015, Marie “Theresa” Tarry passed away at the age of 79.
Theresa was born on July 15, 1935 by Mary Elizabeth Kraft.
Theresa graduated from Oneida High School in the Class of 1953, where she was a member of the chorus, drama club and was a varsity majorette.
Graduating with honors, she then attended Marywood College for Women in Scranton, PA, where she played the piano, oboe and French horn, graduating in 1957.
She married Lester C. Tarry, Jr., her husband of over fifty-four years, on July 23rd, 1960 in St. Patrick’s Church, with the Reverend Father Thomas Quinn, celebrating a High Mass.
Theresa went on to become a teacher and taught vocal elementary school music in the Oneida City Schools for over twenty-eight years, mainly at Seneca Street Elementary, retiring in 1990.
She especially loved, and was known for her spring musical productions. One high school production that she was proud of was “Bye Bye Birdie” where it became known as the Tarry Family Musical. Her son, Chris, played the role of Conrad Birdie; her daughter, Beth, played Rosie; her son, John, played Albert-all leading roles.  Theresa was the piano accompanist.
She also volunteered countless hours as a dedicated supporter of the Oneida Moose Lodge 421.  She recently received a 50 year Lifetime Achievement Award from that organization.
She was blessed with, and survived by her husband Lester C. Tarry Jr., six children: Peggy Mark of Indiana, Maureen Tarry (Shelly Hilts) of Otego, NY, Beth Stokes of Lakeland, Florida, Christian and Judy Tarry of Auburn, John Tarry of Pontotock, Mississippi, and Lester J. Tarry of Hanover, Maryland;  eight grandchildren and fourteen great grandchildren whom she loved dearly.  Also, there are cousins, Christine Kraft Darby of Canastota and Peggy Kraft.
She is predeceased by her mother, Mary Elizabeth Kraft of Oneida, grandmother and grandfather, Elizabeth and Christian Kraft of Oneida, and her uncle, Frank Kraft of New City, New York.
Calling hours will be this Sunday, April 12th from 2-6PM, at the Campbell-Dean Funeral Home, Inc., 260 Main Street.  There will be a Funeral Mass at St. Patrick’s Church, Main Street, Oneida, on Monday, April 13th at 10 AM, followed by her burial in St. Patrick’s Cemetery.
Donations can be made to a charity that is of no surprise to those who knew her:
Mooseheart Child City & School Inc., 155 S. International Drive, Mooseheart, Illinois 60539.  Its cause is to provide shelter and care for those children who have lost parents and are in need, and provided training and education in the best possible home-like environment.
Theresa Tarry was a role model for her children, and all the children in which she taught, and kind soul that will be sorely missed by all.
To leave a message of condolence, please visit www.campbell-dean.com.
CAMPBELL-DEAN FUNERAL HOME, INC.
Oneida

Condolences(04)
Kelly Yavornitzki-Buffalo, NY
#1
You will always be a great memory of childhood for me....I can still hear- tah-tah tee tee tah when teaching my own kindergarteners. Rest in peace...
Paul Tanner - Bastrop Texas
#2
A good girl
Marianne Zeun and Family
#3
Our deepest condolences to The Tarry Family. We all loved Mrs. Tarry at Seneca Street. What wonderful memories of a fantastic music teacher!
Donna Herbs
#4
Theresa was a good women.
Top