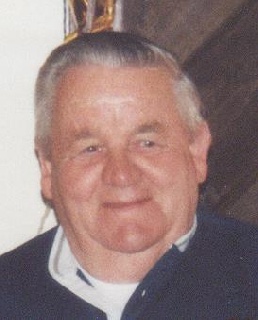 HOWARD A. LEARNED, SR.
ONEIDA- Howard A. Learned Sr., 83, of Washington Avenue, died Saturday, June 29, 2013 at Oneida Healthcare Center, where he had been a patient for the past two days.
Born in Sandy Pond on February 23, 1930, he was the son of Edgar and Matilda Harms Learned. Returning to the area in 1997 from Hancock, Howard was educated in the Sandy Pond and Syracuse schools. Howard married Jean Stoner in Rochester on March 3, 1951.
Prior to his retirement, Howard was employed with the International Laborers, Local Union 245 in Rochester. He was a member of Marine Corps League, Leatherstocking Detachment , the Oneida Rifle Club, the Veterans of Foreign Wars, and a member of the former Loyal Order of the Moose, Oneida Lodge 421. Mr. Learned was an avid hunter and fisherman and of the Christian faith. He served in the United States Marine Corps during the Korean War era from 1947- 1951.
Surviving besides his wife, Jean, are; three daughters, and two sons-in-law, Charlene G. Cook of Palakta, Florida, Kathryn and Jack Downton of Starruca, Pennsylvania and Diane and Ed Barker of Oneida; three sons and one daughter-in-law, Howard A. Learned Jr. of Windsor, Richard L. and Joy Learned and Michael J. Learned, all of Oneida; one sister, Betty Delorio of Baldwinsville; one brother and sister-in-law, Richard and Kay Learned of Dowry, Iowa; ten grandchildren; and several great-grandchildren, nieces and nephews. He was predeceased by one sister, Doris Tryon and two brothers, Robert and Edgar Learned.
Funeral services will be held 12PM Saturday from the Campbell-Dean Funeral Home Inc., 260 Main Street, Oneida. Friends may call prior to the funeral 11AM to12PM.  Contributions, may be made to, Patients   Fund at Extended Care Facility, c/o Oneida Healthcare Center Foundation, PO Box 705, Oneida, NY 13421.To leave a message of condolence, please visit www.campbell-dean.com
CAMPBELL-DEAN FUNERAL HOME, INC.
ONEIDA
Condolences(0)
Top