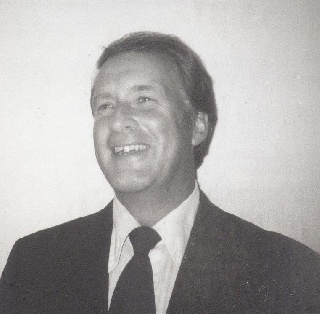 DR. MAURICE G. DEELEY
ICELAND- Dr.Maurice G. (Moe) Deeley, 83, of Eyrarbakki, Iceland and Keyser Beach (Oneida Lake), formerly of Rock Road, Verona, died Thursday July 11, 2013 at his home in Iceland.
Born in Oneida on November 3, 1929, Maurice was the son of Maurice D. and Vernie Smith Deeley. He grew up in Durhamville, later moving to Verona, and in recent years split time in residences on Oneida Lake, Florida, and Iceland. Dr. Deeley was a graduate of Oneida High School, Class of 1948, and also was a graduate of Cornell University College of Veterinary Medicine, Class of 1954, where he was a member of the Alpa Psi fraternity. Maurice married Alberta (Tina) Hull in Ithaca on March 28, 1954. Mrs. Deeley died July 10, 2004. He later married Thorunn Gunnarsdottir in Eryrarbakki, Iceland on September 23, 2007.
Dr. Deeley established a veterinary practice in Durhamville on August 17, 1954; built the Rome Veterinary Hospital in 1957; and expanded his practice in the 1980s to the Queen Village Veterinary Clinic in Camden and the All Creatures Pet Clinic on Turin Road in Rome. He was also the veterinarian for the Masonic Medical Research Lab in Utica. He was a member of the New York State Veterinary Medical Association and the American Veterinary Medical Association, a past president of the Central New York Veterinary Medical Association, and was an evaluator for the Veterinary Facility Accreditation Committee.
In 1986, Maurice was named to State Board of Veterinary Medicine; from 1991 to 1996 he was a member of the AVMA Veterinary Technician Testing Committee; from 1992 to 1993 he was the President of the National Association of Veterinary State Boards; and in 1994 he received the Central New York Veterinary Medical Association Certificate of Recognition. He was also a member of the State Board for Veterinary Medicine for service on licensure discipline, licensure restoration, and moral character and on September 15, 2008 was inducted into AVMA Honor Roll.
Dr. Deeley was a member of the Oneida Lake Sailing Club, a life member of the Verona Volunteer Fire Department, a past president of the Verona Kiwanis Club, a member of the Verona United Methodist Church where he was a lay leader, a member of the Verona Historical Society, and a member of the Verona Republican Club where in 1992 he was named Republican of the Year along with his wife, Tina. He was a Verona town assessor, a councilman, and was a Town of Verona Supervisor from 1987 to 1999. He received the Silver Covenant Chain of Friendship from the Oneida Indian Nation in 1999. Also, Maurice owned and operated the Evergreen Valley Christmas Tree Farm  north of Rome.
Surviving besides his wife, Thorunn, of Eyrarbakki, Iceland, are: two daughters and sons-in-law, Lisa Deeley Smith and Alan Smith of Arlington, Massachusetts and Maureen Deeley Cavanagh and Joseph Cavanagh of Oneida; one step-son, Paul Griggs and his wife Carol of Wynantskill; four grandchildren, Caitlin Cavanagh, Kevin Cavanagh, Rebecca Smith Zimmerman and her husband, Brandon Zimmerman, and Ross Smith; one great-grandchild, Anastasia Zimmerman; one sister, Beverley Ayers of Durhamville; three nephews, Scott, Craig and Todd Palmer; one niece, Tamara Palmer; and several cousins.
Funeral services will be held 1 PM Saturday, August 17, 2013, from the Campbell-Dean Funeral Home, Inc., 260 Main Street, Oneida, with the Reverend Brian Fellows officiating. Interment will be made in the West Verona Cemetery. Friends may call prior to the funeral service from 11 AM to 1 PM. In lieu of flowers, contributions may be made to the Masonic Medical Research Lab, 2150 Bleecker Street, Utica, NY 13501. To leave a message of condolence, please visit www.campbell-dean.com
CAMPBELL-DEAN FUNERAL HOME, INC.
ONEIDA
Condolences(04)
Marion Mills
#1
Thorunn,

Please accept my sincere condolences for the death of your husband. You were our best neighbor on Dunn Brook Rd and I think of you often. My prayers are with you and hope you will contact me while you are in the US.
Love,
Marion Mills 315-827-4441
Elaine Regner
#2
I am so sorry for your loss. Moe, Tina & I had some great times. Always lots of laughter.
Jennifer A. Goetz, DVM
#3
Dr. Deeley gave me my first job in veterinary medicine in 1990. He was always so patient, and had a great smile and hearty laugh. Lots of good memories...thanks MGD! You made a difference!
Cheryl Jacobs
#4
I was just a little girl when Dr. Deeley first opened his practice in Rome and he took good care of all our pets. When I married and brought him my own beloved animals, he gave them loving care and always was a true friend and interested in everyone in my family. I missed him after he retired, but I know he was happy in the love of his own family in his later years
Top