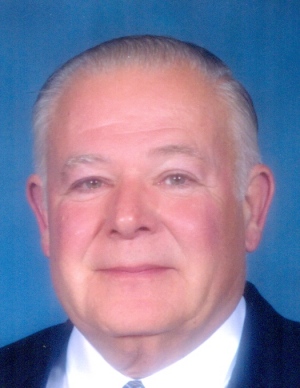 Biography:  JOSEPH W. CARNEY
ONEIDA- Joseph W. Carney, 74, of State Route 365, passed away on November 19, 2015, peacefully in the comfort of his home, with his family by his side after a brief illness.
Born in Utica on September 7, 1941, he was the son of Edward A. and Mina M. Slater Carney.  A lifelong resident of Central New York, Joe was a graduate of Madison Central School and later earned his associates degree while in United States Air Force, where he served on active duty for twenty years.
Prior to his retirement in the mid 1990’s, Joe was employed with the former Griffiss Air Force Base in telecommunications.
Surviving are: his loving companion and soul mate, Nancy Rinehard of Oneida; three daughters and two sons-in-law, Eileen Kipp of Rochester, Darleen and Joseph Burke of Westernville, OH and Diane and Rick Manning of Gray, TN; one son and daughter-in-law, Patrick and Carm Carney of Rochester; ten grandchildren, Ryan, Julianna and Trevor Carney, Elena, Seth, Daniel and Andrew Manning, Matthew, Grace and Kate Burke; two sisters and brothers-in-law, Clara and John Bortle of Oneida and Elaine and Larry Arnold of Clifton Park; three brothers and two sisters-in-law, Edward W. Carney of Stockbridge, Harold and Brenda Carney of Oriskany Falls and Paul and Carol Carney of Eaton; two nieces, Laura and Tammy and Nancy’s daughters and granddaughters, Karen and David Levin, Tricia and Jason Terranova and Kate and Julia. He was predeceased by Charles, an infant brother.
Funeral services will be held 11am Tuesday from the First Presbyterian Church, corner of Broad and Stone Streets, Oneida, with the Reverend Stuart Wattles, officiating. Interment will be made in Sunset Hill Cemetery, Clinton. There are no prior hours of visitation.
In lieu of flowers, contributions may be made to Wanderer’s Rest Humane Association, P.O.Box 535, Canastota, NY 13032, in memory of his dog Regina, his baby girl, who died earlier this year. Arrangements are under the care of Campbell-Dean Funeral Home, Inc., 260 Main Street, Oneida. To leave a message of condolence, please visit www.campbell-dean.com.

CAMPBELL-DEAN FUNERAL HOME, INC.
Oneida
Condolences(06)
Ruth Ann Denchy
#1
I am sorry to hear of the passing of Mr. Carney...his daughter, Diane, became a friend in my teenage years...we are all military kids...and this special man gave me the gift of a very special friend.
Ashleigh clute
#2
Elaine,Clara,Harold,and Paul so very sorry to hear of the passing of your brother. He was a great man! I will miss him.
Gale Light
#3
NANCY, SO VERY SORRY FOR YOUR LOSS, AND KAREN AND PATRICIA, I AM HERE IF I CAN DO ANYTHING FOR YOU. MY HEART GOES OUT TO YOU AND HIS ENTIRE FAMILY. MAY GOD BLESS ALL OF YOU AND HOLD YOU IN THE PALM OF HIS HAND. AMEN

marion carney massey
#4
I remember many visits uncle Ed and Aunt Mina and family made to my Dads
John Carney Elaine so sorry to hear of this sad passing and my thoughts and prayers are with all of you
Doug Singleton
#5
My condolences to Nancy and Joes Family I will treasure the times Joe and I spent together in the Antiques Business as well as the many Black Jack and Poker Tournaments we played in together at the a Turning Stone Casino. A friendship that endured for almost 25 years! May you RIP my friend you will live on in the memories of all that knew you,
Kingsport terminal of Harris Trucking
#6
To Diane, Rick and family we here would like to send our deepest sympathy to you on the loss of your father. May you all have wonderful memories that will bring you much happiness during this time of sorrow.
Top