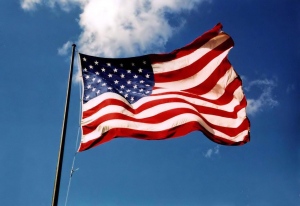 Biography:  JOHN A. COLELLA JR.
ONEIDA- John A. Colella, Jr., 85, of Hill Road, passed away on December 2, 2015, in the Extended Care Facility of the Oneida Healthcare Center, where he had been a resident for the past seven years.
Born in Syracuse on July 9, 1930, he was the son of John A. and Mary Solomon Colella, Sr. A resident of the area since 2007, coming from DeWitt, he was a graduate of Ithaca College. He was predeceased by his wife Helen several years ago.
Prior to his retirement, Mr. Colella was a school teacher with East-Syracuse-Minoa School District. He was of the Catholic faith.
Mr. Colella was a veteran of the United States Army, serving during the Korean War.
Surviving are one brother, Sam Colella of Oneida; nieces and nephews, Steve Colella of Oneida, Scott and Faye Colella of Athens, AL, Susan and Terry Finch of Walterboro, SC and Sandra and Steve Retford of Ft. Lauderdale by the Sea, FL; step-son, Jeffrey Koehler of Syracuse.
Funeral services will be held 11am Saturday from St. Joseph’s Church, Oneida, where the Funeral Mass will be celebrated by the Rev. Richard Kapral, pastor. There will be no prior calling hours. Interment will be made in Assumption Cemetery. Arrangements are under the direction of the Campbell-Dean Funeral Home, Inc., 260 Main Street, Oneida.
To leave a message of condolence, please visit www.campbell-dean.com.
CAMPBELL-DEAN FUNERAL HOME, INC.
Oneida

Condolences(07)
Elizabeth (Liz) A. Koch
#1
Dear Sam and family, I am so sorry to hear of John's passing. He was a wonderful friend.
Paul Ferretti
#2
Sam, I am very sorry for your loss...You know John and I were very close friends especially our young adult years.. We had so many good times laughing, joking with all our friends of the Northside "kress's corner drugstore..John was a very witty person...kind, gentle and a true friend to the core. He was also one of my "ushers" at my wedding July 1955...We also spent many weekday mornings, prior to John becoming ill, at the "Caousel Mall, now "Destiny Mall" in Syracuse with Joe Motto, Carmen Crupe, Paul Gibson and so many more. John's laughter and good nature will always be with me..I loved him like a brother and will miss him greatly! I feel so guilty that I lost contact with John when he went to Oneida but he was in my daily prayers. God bless his soul and I will continue to pray for him..Sam, you had a great brother and may you and your family find solace in his life and happiness he brought.......Paul
Sue Tyler
#3
I knew John from the extended care facility in Oneida. I used to visit him every Tuesday morning and take him to say the Rosary. I loved his sense of humor and his wit. We shared many jokes and funny stories. We always talked about the Yankees and of course Syracuse sports. John was truly a gentleman in every respect. I was so saddened Tuesday I went to the ECF to see him and he wS not waiting for me in the dining area. I will miss him and the twinkle in his eye. May God bless him...he brought joy to us all. John.....I know you are rooting SU on in heaven. Sue (Laurin) Tyler ~Court Our Lady 1250 Catholic Daughters
jerry kelly
#4
John was a true friend,he will be greatly missed by all who had the privilege of knowing him. I am sure he is cracking a joke with the angels right now. He could always make us smile and enjoy his tremendous wit and humor.
Wanda Wiley Fischer
#5
My deepest sympathy to the Colella family on your loss. My thoughts and prayers are with you.
Wayne Dunn
#6
I first had Mr. Colella as a teacher. And then when I graduated I started working at E.S.M.. Then I used to see him as a fellow employee. And that was a whole different side of Mr. Colella. Don't get me wrong I liked both sides of the the man. But the when I wasn't a student it was much more fun. He was a great man either way. He always had my respect.
Bert Maloff
#7
I worked with john several years at ESM. John was a friend and an excellent teacher. I remember he was a challenge watching Jeopardy during our lunch break. I know he had some difficult times the past few years may he R.I.P.
Top