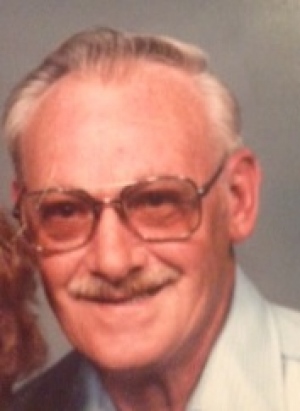 Biography:  FRANKLYN L. KIMBALL, SR.
ONEIDA – Franklyn L. Kimball, Sr., 81, West Street, died Thursday, December 24, 2015, in St. Luke’s Hospital, New Hartford, where he had been a patient for the past four days.
Born in Verona on February 1, 1934, he was the son of Benjamin and Catherine Williams Kimball.   A lifelong resident of the area, he was educated in Oneida High School.  Frank married Shirley A. Mailen in Clay Center on March 2, 1957.  Mrs. Kimball died July 27, 1999.
Prior to his retirement, Mr. Kimball was employed with the former Smith Lee, Co. Inc.  He was a member of the American Legion, Oneida Post 169, where he served as the past commander twice, a member and sergeant of arms of the color guard,  was a member of the Veterans of Foreign War, Dean Cunningham Post 1312, a former member of the Durhamville Veterans Club, the Owls Nest 1606 and the former Oneida Moose Lodge 421.  Frank was a veteran of the United States Army serving during the Korean War in Korea and Germany.
Surviving are one daughter and son-in-law, Kristi and Spencer Carnes of Charleston, South Carolina; two sons and daughters-in-law, David P. and Anna Kimball of Clockville and Michael C.G. and Melody Kimball of Peterboro; his companion of sixteen years, Gerry Loveless of Oneida;  two sisters and brother-in-law, Betty and Joseph Carinci of Oneida Castle and Iva Hunter of Ft. Worth, Texas; one brother and sister-in-law, Benjamin and Sandra Kimball of Oneida; nine grandchildren, Brian Carnes and his wife Elizabeth, Matthew Carnes, Tiffany and her husband, Eric Klein, Corey and her husband, Zachary Sharp, Kari Kimball and her companion, Gary Hawes, Samantha, Lacey, Franklyn III and Joseph Kimball; two great grandchildren, Breeah Shaw and Gray Michael Hawes and several nieces and nephews.  He was predeceased by a son, Franklyn L. Kimball, Jr. on July 8, 1994, four sisters, Florence Meyers, Gladys Meyers, Joyce Williams, and Jeanette Emmons and two brothers, Clayton and Jerald Kimball.
Funeral services will be held 11 AM Tuesday at the Campbell-Dean Funeral Home, Inc., 260 Main Street, Oneida, with the Reverend James Harriff, officiating.  Interment will be made in Glenwood Cemetery.  Friends may call at the funeral home, 3-7 PM Monday. Contributions may be made to the American Heart Association, c/o Heart Gifts, PO Box 3049, Syracuse, NY  13220.  To leave a message of condolence, please visit www.campbell-dean.com.
CAMPBELL-DEAN FUNERAL HOME, INC.
Oneida


Condolences(04)
Amy Hilgenberg
#1
My heartfelt condolences go out to you and your family.
Ed & Rita Mailen and family
#2
Kristi, Mike, and David and families,
We send our deepest sympathy to all of you and wish we could be there to give you all support. This is suppose to be such a joyful time of the year at the birth of our Savior but Frank is now in peace and sharing the joy with Shirley. Our sincere condolences and may our Lord give you comfort and peace. Ed & Rita Mailen, Topeka, KS
A caring friend
#3
Dear family and friends. I am so deeply sorry to hear about your loss. Franklyn will be missed but not forgotten because Jesus' words found at (John 5:28,29) says there will be a resurrection. So what this mean is that Franklyn will be given a fresh new start with the prospect of living forever without sickness and death. I hope these promises found in the Bible bring comfort knowing that you have an opportunity to see him again to share more wonderful times together.
Steve and Lois Young
#4
Mike, Mel, Kari and family,

We were saddened to here of the loss of your Dad and Grandpa. May the knowledge that you are loved by family and friends bring you some comfort during the difficult days ahead. You are in our thoughts and prayers.

With peace, love and prayers,
Steve and Lois