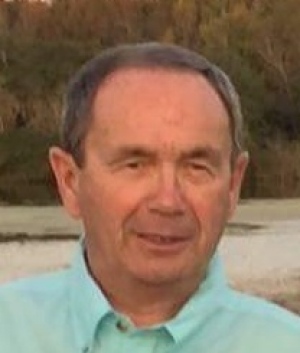 Biography: Gregory A. Woods Sr., 69, of Burlingame Road, passed away May 28, 2016 at home, following an illness of several months.
Born in Ogdensburg on June 7, 1946, he was the son of Maurice J. and Katherine R. Volais Woods. A lifelong resident of Central New York, with a large part of his family residing in the North Country, Greg attended Roosevelt High School. He married Renoa Bailoni in Canastota in 1995.
Prior to his retirement, Greg was a driver for Clinton’s Ditch/Pepsi Companyand drove over 2 million miles without an accident. For this accomplishment, he was considered a Truck Driver Extraordinaire. To his truck driving friends, he was known by his CB Handle of “Big Wheels”.
He enjoyed golfing with his brother and sister, fishing, boating and four wheeling. Greg had a deep love for his children and grandchildren and was known for his amazing sense of humor. He also spent countless hours working on Moe’s farm driving the equipment. Greg was a communicant of St. Agatha’s Church.
Surviving are: his wife, Renoa of Canastota; one daughter, Laurie McDaniels of North Syracuse; one son and daughter-in-law, Greg and Stefanie Woods Jr. of Cicero; three grandchildren, Madeline, Abigail and Jonathan; one step-daughter, Monique A. Levesque of Rochester; three sisters and their husbands, Sally and Jim Johnston of Syracuse, Karen and Howard Willis of Mattydale and Barbara and Greg Card of Cicero; two brothers, Richard Woods and his wife Kathy, of Panther Lake and Gordon Woods of Bridgeport; his friend and the mother of his children, Dorothy Woods of Liverpool; his step father-in-law, Robert Fluty Sr.; two brothers-in-law, Robert Fluty and his partner Karen Cross of Schenectady, Daryll Fluty of Galway; one sister-in-law, Charmaine Florell and her husband Mark of Niskayuna; several nieces and nephews and his barn doggy, Sassy Pants.
Funeral services will be held 7PM Thursday from Campbell-Dean Funeral Home, Inc., 300 South Peterboro Street, Canastota, NY 13032. Friends may call at the funeral home on Thursday from 5-7PM, prior to the funeral service. In lieu of flowers, contributions may be made to St. Jude’s Children’s Research Hospital, 501 St. Jude Place, Memphis, TN 38015. To leave a message of condolence, please visit www.campbell-dean.com.

“They that love beyond the world cannot be separated by it. Death cannot kill what never dies.” ~ Williams Penn

Tom Kirk
#7
So sorry to hear of Greg's passing. We met by chance when I was doing the Verizon afternoon shuttle to Albany and struck up a radio conversation on the way back to Syracuse, and it developed into a daily thing. I always enjoyed his wit and good conversation along with the rest stops at the Castle on the way back. Small world that he called me out in the Verizon trailer as Renoa was still in Albany back then with Verizon. Thoughts and prayers to the family, Greg was one of the good guys and he will be missed. RIP Greg, Big Wheels.
Doug Seniecle
#8
Renoa, I was sad to learn of Greg's passing.My prayers are with you and your family
Justin Busse & Family
#9
Our condolences to the Woods and extended family. Sorry we could not attend the wake and service. There were many years of hunting with Greg that will not soon be forgotten.
Terri Fairbanks
#10
I was so shocked to hear of Greg's passing Words can not heal the pain your family must feel.Dick,Rick and I thought of Greg as family we will miss him.
Praying for you Renoa Laurie. Greg and family.....RIP
Top