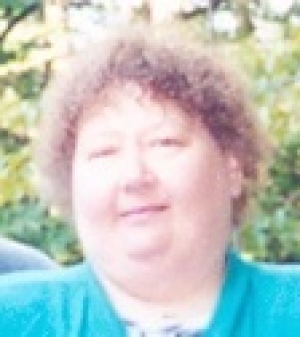 GAIL P. GARCIA
ONEIDA- Gail P. Garcia, 64, of Williams Street, passed away early Saturday morning in the Utica Rehabilitation and Nursing Center, where she had been admitted the day before.
Born in Oneida on August 29, 1951, she was the daughter of Rosemary   Hurrle (Vanderwerken). A lifelong resident of Oneida, Gail was a graduate of Oneida High School. She married Tomas Garcia in Oneida on March 11, 1970.
Gail was a former president of the Lady Owl’s Club of Oneida and a current member of the American Legion. Prior to her retirement, Gail was employed with TOPS as the deli manager.
Surviving besides her husband Tomas are: her mother, Rosemary Hurrle (Vanderwerken) of Oneida; three sons, Leonard Fox of TN, Lynn Fox of Rome and Tomas Garcia Jr. of Oneida; ten grandchildren; one great-grandchild; her sister, Brianna Rogers and her husband Steven of Rome; brothers, Garry James and Brian James, both of Norwich; several brothers-in-law and sisters-in-law and numerous nieces and nephews.
Funeral services will be held 1PM Friday from the Campbell-Dean Funeral Home, Inc., 260 Main Street, Oneida. Interment will be made in St. John’s Cemetery, Rome. Friends may call at the funeral home on Thursday from 4-7PM. To leave a message of condolence, please visit www.campbell-dean.com.
CAMPBELL-DEAN FUNERAL HOME, INC.
Oneida
Condolences(04)
Corey A Robbins
#1
You will be truly missed aunt gail. I love you and miss you already. Fly high and keep an eye on us down here. Love you.
Annie Stinger
#2
R.I.P. Gail, you were one heck of a woman,
Amy Accuri
#3
I've known Gail for what holds a life time of memories. She always found a way to help me be strong and stand my ground. She was a wonderful grandmother to my children and a wonderful friend and mother-in-law. Life without her will never be the same. I know we have 2 angels watching over us now. Rest in peace Gail, I know heaven has a special place for you.
Celeste Staple-Smith
#4
RIP Gail, you were one heck of a lady!
Top