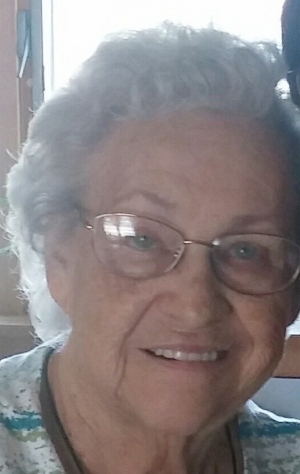 Biography: LEONA S. “SHIRLEY” TUCKER
PETERBORO- Leona S. “Shirley” Tucker, 88, Peterboro Road, died Thursday, June 1, 2017, in the Wesley Community Center, Saratoga Springs, where she had been a patient for the past five weeks.
Born in Morrisville, on March 24, 1929, she was the daughter of Bradley and Martha Cramer Stewart. A lifelong resident of this area, Shirley was a graduate of Stockbridge Valley Central School. She married Harold E. Tucker, in Peterboro, on September 27, 1947. Mr. Tucker died on March 1, 2017.
Prior to her retirement, Shirley was employed with the New York Telephone Company with twenty-five years of service. She was a member of the Peterboro United Methodist Church and the Telephone Pioneers of America.
Surviving are her three daughters and their husbands, Deborah and Stanton Mesh of Nashville, North Carolina, Dawn and Jay Paro of Saratoga Springs and Lorie and Gary Strong of Oneida; her two sons and their wives, Richard and Sheila Tucker of Mc Connellsville and Gary and Carolyn Tucker of Peterboro; twelve grandchildren, nineteen great-grandchildren and several nieces and nephews. She was predeceased by two sisters, June Goff and Marie Jeanette Scherer.
Funeral services will be held 2 PM, Tuesday from the Campbell-Dean Funeral Home, Inc., 300 South Peterboro Street, Canastota with the Reverend James Fletcher, officiating. Interment will be made in Peterboro Cemetery. Friends may call at the funeral home, 4-8 PM, Monday. Contributions, in her memory, may be made to Community Hospice, 179 Lawrence Street, Saratoga Springs, NY 12846 or the Peterboro United Methodist Church, Box 90, Peterboro, NY 13134.
To leave a message of condolence, please visit www.campbell-dean.com.

CAMPBELL-DEAN FUNERAL HOME, INC.
Canastota
Condolences(02)
Kevin, Marianne and Jessica Miller
#1
To Gary and the entire Tucker family,our deepest sympathies go out to you and your family.
Larry and Kimberly Cesario
#2
Lorie and family, We were so sad to hear of your mom's passing. We are thinking of you during this difficult time especially since you just went through the heartache of buring your father such a short time ago.
Top