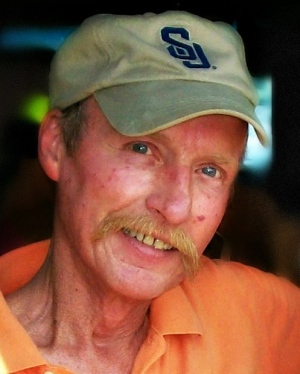 Biography:  WILLIAM H. MARSHALL
MORRISVILLE-William H. Marshall, 66, of Morrisville, passed away on Saturday, May 12, 2018 at the Crouse Community Center.
Born in Oneida, NY to Robert V.L. Marshall and Beulah Reed, he lived most of his life in Morrisville. Bill was a graduate of Stockbridge Valley Schools, Class of 1969.
William “Bill” was a hardworking man that enjoyed working in the outdoors. He worked as a driver for Mid-State Redi-Mix from 1986-1999. Shortly after retirement, Bill began his own lawn maintenance business, Marshall Lawn & Snow. In his spare time, he could be found maintaining his yard to pristine condition, on his “cubby” or “Ferris.” Bill enjoyed gardening and was an avid lover of history, particularly the Civil War. He also loved constructing things, such as his log-cabin which he built with his late father, Robert V.L. Marshall and his brothers.
Above all things, Bill was a devoted father whose love was faithful and true. He was very proud of his two children, Dr. Joyce Marshall-Rickenbrode and her husband Richard, of California, and William C. Marshall and his wife Ermille, of Hawaii.
He is survived by his mother, Beulah Reed, of Oneida; his former wife and close friend Deborah (Carinci) Socha of Oneida; his three brothers, Robert Marshall and his wife Peggy of Lenoir, NC; Fred Marshall and his wife Nellie, of Earlville; Mark Marshall of Munnsville; and his two sisters Beth O’Herien and her husband Mike, of Oneida, Debbie Marshall of Oneida;  his three grandchildren whom are his most cherished blessings, Ethan, Ella, and Erin “Liam” Marshall; his special friends, who were also his caretakers, Wayne and Sandy Lust of Durhamville; his longtime companion, his dog, Tanner; as well as many loving family members and friends. He was predeceased by his sister, Rose Schmidtka.
Our beloved father wanted to raise awareness for the rare disease, Scleroderma. In honor of his heroic and lengthy battle with Scleroderma, Memorial donations may be made, in Bill’s honor, to the Scleroderma Foundation at www.sclerodermafoundation.org.
Services will be held at a date and time to be announced. Arrangements are under the direction of the Campbell-Dean Funeral Home, Inc., Oneida.
To leave a message, visit www.campbell-dean.com.
CAMPBELL-DEAN FUNERAL HOME, INC.
Oneida


Condolences(05)
Al and Linda Ostrander
#1
So sorry Beth, for the loss of your brother Bill. He was a Very hardworking, friendly sweet guy. I know he will be missed.
Paulette Pierce
#2
I'm am so sorry about the loss of Bill. My heart goes out to the entire family. I have admired Bills strength and bravery. He worked so hard and never complained. He had a great sense of humor and appreciated the world around him. He will be missed by everyone who had the pleasure of knowing him. May God bring peace to the family. I love you all!
Deborah Foster
#3
Bill started out as a patient of mine, but he and his family became friend/family to me. I will always remember Bill/Tanner with fond memories. Prayers for the family who are left behind. Bill I know is with God.
Debi Socha
#4
His hand print left a mark on my heart forever, See you again someday!My thought of you will remain with me forever.

Jim Wells
#5
So sorry to hear of the passing of my friend, classmate, and teammate of 50+ years ago. I’ll always remember Bill as the person with the biggest smile, warmest heart and most competitive person on the athletic fields. Thanks for the memories never to be forgotten. My sincere condolences to all of Bill’s family. Rest In Peace my friend.
Top