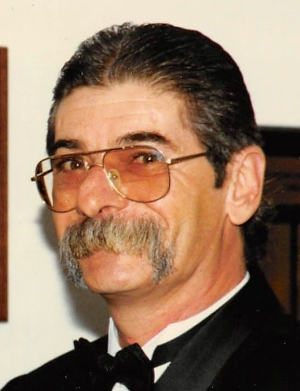 Biography:  JERRY W. “J R” RICHMOND
MUNNSVILLE- Jerry W. “JR” Richmond, 71, Peterboro Road, died Sunday, December 30, 2018, in Upstate University Hospital, Syracuse, where he had been a medical patient for the past four days, surrounded by his loving family.
Born in Oneida on August 30, 1947, JR attended Stockbridge schools served with the United States Navy during the Viet Nam War era.
For many years, he was employed with the Oneida Limited, Silver-smiths and then owned and operated J R Collision. Prior to his retirement, JR was employed by the Nye Group. He was a member, past post commander, past commander of the honor guard, and former steward of the American Legion, Munnsville Post # 54 and one of the founding members of Madison County WAVEM.
Surviving are his two daughters and sons-in-law, Renae and David Pilok of Rome and Tara and Jeremy Johnston of Canastota; his son and daughter-in-law, JJ and Erin Richmond of Canastota; eight grand-children, Colin, Peyton and Dylan Richmond, Kourtney, Paige and Andrew Taylor and Riley and Olivia Johnston; one great-grandchild, Piper Taylor;  his one sister, Polly Held of Sherrill; his two brothers and sisters-in-lsw, Douglas and Cindy Holdridge and Robert and Shelly Holdridge, both of Canastota; and several nieces and nephews. He was predeceased by a sister, Debora Dahlby
Funeral services will be held 12 Noon, Saturday, from the Campbell-Dean Funeral Home, Inc., 260 Main Street, Oneida, with the Reverend Neal Coe, officiating. Interment will be made in Skinner Settlement Cemetery. Friends may call at the funeral home, 10 AM to 12 PM, Saturday, prior to the service. Contributions, in his memory, may be made to the Wounded Warrior Project, Box 758517, Topeka, KS 66675-8517. To leave a message of condolence, please visit www.campbell-dean.com.
CAMPBELL-DEAN FUNERAL HOME, INC.
Oneida