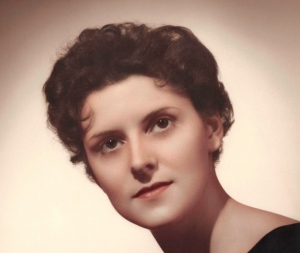 Biography: MARY CARINCI GARRY HULL
SHERRILL- Mary Carinci Garry Hull, 84, of Noyes Manor and formerly of Life Ave, passed away on Tuesday, March 19, 2019, in the Abraham House, Utica, after a brief illness.
Born in Oneida on May 14, 1934, she was the daughter of Antonio and Mary Meli Carinci. A lifelong resident of the area, Mary was a graduate of Oneida High School.
Mary had previously been employed as a partner with the former Carinci’s Restaurant and later was employed as a chef and supervisor with the former Hazel Carpenter Home. She had previously been employed as the executive secretary to Bob Diefendorf with Tele-Com Industries. She was of the Catholic faith.
Surviving are: one daughter-in-law, Sandra Garry of Oneida; three grandchildren, Paige E. Garry, Spencer A. Garry and Taylor C. Garry; two sisters, Margaret Bolton of Canastota and Judy Diefendorf of Wampsville and nieces and nephews, Frank and Kathy Sicilia, Paul and Michelina Bolton, Maggie McKenzie, Jim and Becky Diefendorf, Robert Diefendorf, John and Darlene Cahill and Linda Garry Dorn. She was predeceased by a son, Kenneth A. Garry on January 18, 2009 and a sister, Fanny Sicilia.
Funeral services will be held 12pm Saturday, March 23, 2019, from the Campbell-Dean Funeral Home, Inc., 260 Main Street, Oneida, with the Reverend Richard Kapral, officiating. Private interment will be made in St. Patrick’s Cemetery. Friends may call at the funeral home on Saturday, from 10am-12pm, prior to the funeral service.  Contributions may be made to Hospice and Palliative Care, Inc., 4277 Middle Settlement Road, New Hartford, NY 13413 or to the Abraham House, 1203 Kemble Avenue, Utica, NY 13501. To leave a message of condolence, visit www.campbell-dean.com.

CAMPBELL-DEAN FUNERAL HOME, INC.
Oneida
Condolences(01)
Anne McGinley
#1
I am shocked. What happened? I certainly will miss her. Thank you Judy for leaving the phone message.
Top