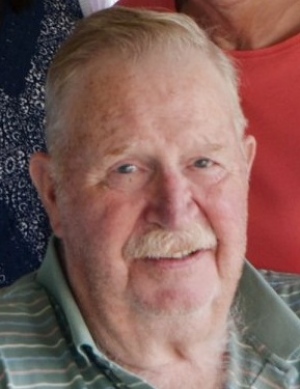 Biography: BRUCE R. “BRUNO” WAYLAND-SMITH
SHERRILL- Bruce R. “Bruno” Wayland-Smith, 77, of East Seneca Street, passed away early Monday, March 25, 2019, in Upstate Medical University, where he had been admitted the day before after suffering from a brief illness.
Born in Bryn Mawr, Pennsylvania on June 21, 1941, he was the son of Gerard and Leonora Crook Wayland-Smith. A long-time resident of the area, Bruno was a graduate of Vernon-Verona-Sherrill Central School, Class of 1959. He married Patricia Mascari in St. Agatha’s Church on September 28, 1963.
Prior to his retirement with forty-three years of employment, Bruno was employed by Oneida Limited Silversmiths as a mechanic. From a young age, Bruno could be found on the Oneida Community Golf Course where he started out during his childhood as a caddy and eventually won the club’s golf championship. In his spare time, he could be found fixing and repairing golf carts for area golf clubs.
Bruno enjoyed bowling at the CAC and was a huge NY Yankees and Giants fan. He was an avid outdoorsman who enjoyed hunting and taking many hunting trips with family and friends. Bruno enjoyed fly fishing and would often tie his own flies. He was known as “the big red head” and was a jolly man who was a fiercely loyal friend. Bruno was a captivating storyteller and always had a mischievous twinkle in his big, bright, blue eyes.
Surviving besides his wife Patricia are: one daughter and son-in-law, Tina Wayland-Smith and Greg Perkins of Oneida; one sister and brother-in-law, Carol and Jeff Webb of Camden; nieces and nephews, Laurie Wayland-Smith Hatch and Tom Hatch, Jennifer Wayland-Smith, Scott and Ginny Wayland-Smith, Courtney and Ed Ridlon, Kelly Webb and Jenna Webb. He was predeceased by a brother and sister-in-law, Gerard and Carol Wayland-Smith Jr.
A private graveside service will be held at a later date in the spring in the Oneida Community Cemetery. Contributions may be made to the Sherrill-Kenwood Volunteer Fire Department, 373 Sherrill Road, Sherrill, NY 13461 or to the American Cancer Society, 6725 Lyons Street, East Syracuse, NY 13057. Arrangements are under the care of the Campbell-Dean Funeral Home, Inc., 260 Main Street, Oneida.
To leave a message of condolence, visit www.campbell-dean.com.

CAMPBELL-DEAN FUNERAL HOME, INC.
Oneida
Condolences(04)
Jim Wardell
#1
To my forever friend "Bruno". May you forever chase those wild turkeys in the sky, and try to save me one for when I catch up to you. To "Bruno's" wonderful family, please accept my deepest sympathy and regards. We have truly lost a wonderful human being. Sincerely, Jim Wardell
Dick and Ethel Perkins
#2
We are so sorry for your loss. We have had many good times chatting with you and enjoying your company. You will be missed. Rest in peace.11
Mary Lee & Jerry Brown
#3
Our prayers and condolences go out to Bruno's family. He was a wonderful human being and loved life. The golf course and hunting fields will never be the same without him. Rest in peace and God bless your loved ones.
Respectfully, Mary Lee & Jerry