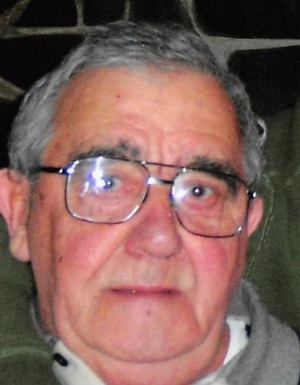 Biography: ROBERT M. WILLIAMS
ONEIDA- Robert M. Williams, 89, of Genesee Street and being raised in Sylvan Beach, passed away on March 25, 2019, after a lengthy illness, in the Lutheran Care Home, Clinton, where he had been a resident for the past one and one half years.
Born in Oneida, Robert was the son of Dorothy Williams DeMass. A lifelong resident of the area, he was educated in Oneida High School. Robert married Patricia Hilliker in North Bay on March 3, 1956. Mrs. Williams died on January 29, 2018.
Prior to his retirement, Robert was employed by Madison-Oneida BOCES in Verona as a custodian. He was a proud veteran of the United States Army, serving from 1951-1953. Robert was a lifetime member of both the Sylvan Beach Volunteer Fire Department and the Vernon American Legion, Post 404. He enjoyed fishing and a social poker game with his friends and loved spending time with his grandchildren. Robert was of the Methodist faith.
Surviving are: two daughters and their companions, Cindy Kirk and Don of Vernon and Ruth DeWolfe and Steven of North Carolina; two sons and their companions, Robert M. Williams Jr. and Leslie of Camden and George Williams and Carolee of Vernon Center; one son-in-law, Chris Walker of Camden; one former son-in-law, James DeWolfe of Durhamville; one former daughter-in-law, Rosalind Nelson of North Bay; grandchildren, Jason (Renee) Kirk, Matthew (Ashley) Williams, Bradley Williams, Casey (Josh) Riegler, Andrew (Samantha) Walker, Zackery DeWolfe and Justin (Mariah) DeWolfe; three great-grandchildren, Grayson and Hudson Williams and Lenyn Riegler; siblings, Sandra and Raymond Caldwell and Levi DeMass; one sister-in-law, Shirley Strong; several nieces and nephews and many good friends. He was predeceased by a daughter, Lisa Walker in 2004.
Funeral services will be held 4PM Saturday, March 30, 2019, from the Campbell-Dean Funeral Home, Inc., 260 Main Street, Oneida. Private interment will be made in North Bay Cemetery. Friends may call at the funeral home on Saturday, from 2-4PM, prior to the funeral service. Contributions may be made to the Madison County Office for the Aging, Inc., SNACK program, 138 Dominic Bruno Blvd, Canastota, NY 13032 or to Hospice and Palliative Care, Inc., 4277 Middle Settlement Road, New Hartford, NY 13413. To leave a message of condolence, visit www.campbell-dean.com.