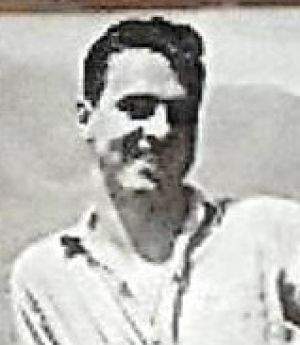 Biography: CHARLES O. ADAMS
SHERRILL- Charles O. Adams, 80, formerly of West Campbell Avenue, passed away on the evening of March 25, 2019, in the Extended Care Facility of the Oneida Healthcare Center, where he had been a resident for the past one year and three months.
Born in Vernon on April 9, 1938, he was the son of Glen and Victoria Rodzinka Adams. A lifelong resident of the area, Charlie was a graduate of Vernon-Verona-Sherrill Central School, Class of 1955. He married Beverly Wilson on September 5, 1959 in Vernon.
Prior to his retirement, Charlie was employed in the maintenance department for Bristol Myers Squibb. He was a veteran of the United States Navy, serving from 1955-1958. Charlie was a former baseball and Little League coach, loved golf and was a great sports fan. His greatest joy came after retirement when he was able to watch all his grandchildren in their various sporting events. He also loved his home in Port Charlotte. Charlie was a communicant of St. Helena’s Church.
Surviving besides his wife Beverly are four daughters and one son-in-law, Susan and Joel Agan of Sherrill, Amy Adams of Rome, Paula Turco of Cortland and Julie Winn of New London; one son and daughter-in-law, Robert C. and Victoria L. Adams of Sherrill; ten grandchildren, Megan Turco, Erica Turco, Abigail Adams, Paul Turco, Dillon Adams, Charlee Adams, Gracie Winn, Jack Adams and Cole Winn; two great-grandchildren, Myla and Elijah; one sister and brother-in-law, Rosemary and Thomas Solomon of West Palm Beach, FL; three brothers and two sisters-in-law, Leon and Joan Adams of Sherrill, Anthony Adams of NJ and James and Dawn Adams of FL and several nieces and nephews. He was predeceased by two brothers, Victor Adams and Andrew Adams and a grandson, Ryan Cooper.
Funeral services will be held 2PM Friday from the Campbell-Dean Funeral Home, Inc., 260 Main Street, Oneida, with the Reverend William Mesmer, officiating. Interment will be made in St. Helena’s Cemetery. There are no public calling hours. Contributions may be made to the VVS All Sports Booster Club, 5275 State Route 31, Verona, NY 13478. To leave a message of condolence, visit www.campbell-dean.com.

I can't find the words, all I can say is that I am very sorry for your loss. Everyone is in my thoughts and prayers. Remember the happy, goofy times that each of you shared with Charlie.

Elaine
Kim Allen
#2
Charlie was an amazing man. I've loved seeing the pictures that his grandchildren have been posting on Facebook over the past few days. Sue also posted some pictures from when he was younger. You can clearly see how much his family loved him and he left an amazing legacy. I don't think you could find a better husband, father, or grandfather. RIP Charlie.
Dave K.
#3
this is a very sad day for the City of Sherrill, Charlie was a great man and one that gave back to his community! He will be missed by many. My sincerest love to the family, Dave
Laurie
#4
I am so sorry to hear of his passing. He was a wonderful man whom i felt so privileged to know. My favorite memory of him is watching Syracuse football on saturdays and listening to his commentary about the team and coaching. I know all of yiu will miss him. I send all my love and prayers for healing at this difficult time.
Ted Bertella
#5
Charlie Adams---RIP
John Ripka
#6
So many great memories, Rest In Peace Honker