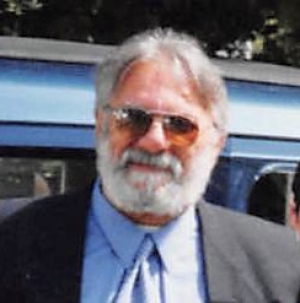 Biography:  ALPHONSO J. “AL” SETTICASE, JR.
CANASTOTA-Alphonso J. “Al” Setticase, Jr., 77, Pine Ridge Road, died Saturday, June 15, 2019, in Oneida Health, where he had been a patient for the past day.
Born in Canastota, on June 4, 1942, he was the son of Alphonso J. and Margaret Tagliente Setticase, Sr. A lifelong resident of Canastota, Al was a graduate of Canastota High School, Class of 1961 and was a veteran of the Viet Nam era, serving with the United States Army. He married Mary Jo Dunn in St. Francis Church, Durhamville on August 6, 1966. Mary Jo died on March 30, 2007.
Prior to his retirement with thirty-four years of service, Al was employed with Carrier Corporation. He was a communicant of St. Agatha’s Church, a member of the Mohican Model A Club, the Blockbusters Hot Rod Club in Oneida and the Decades Rod and Custom Club in Canastota. A car enthusiast for many years, Al restored and modified many older cars, especially his street rod, which was a 1937 Packard.
Surviving are his son and daughter-in-law, Ricky J. and Nicole Setticase of Gardner, Kansas; several nieces, nephews, cousins and in-laws from his late wife’s side of the family. He was pre-deceased by a sister, Elizabeth Raymond, in 1987.
Funeral services will be held 9:30 AM, Tuesday (June 25th) from St. Agatha’s Church, Canastota, where the Mass of Christian Burial will be celebrated by the Reverend Stephen Wirkes, pastor. Interment will be made in St. Agatha’s Cemetery. There are no calling hours, but family and friends are invited to his service. Contributions, in his memory, may be made to St. Agatha’s Bereavement Committee, 329 North Peterboro Street, Canastota or Greater Lenox Ambulance Service, Box 382, Canastota, NY 13032. Arrangements are under the direction of the Campbell-Dean Funeral Home, Inc., 300 South Peterboro Street, Canastota.To leave of message of condolence, please visit www.campbell-dean.com.
CAMPBELL-DEAN FUNERAL HOME, INC.
Canastota