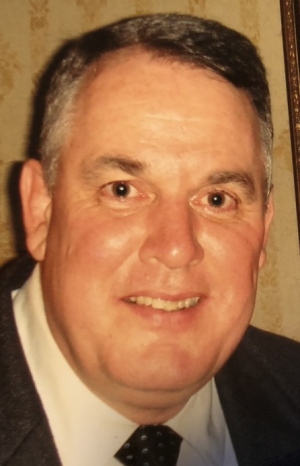 Biography:  MICHAEL J. HEALY
ONEIDA CASTLE- Michael J. Healy, 67, Third Street, died Thursday evening, July 11, 2019, in Oneida Health, surrounded in the comfort of his loving family, where he had been a patient of the past five days.
Born in Oneida, on March 17, 1952, he was the son of Thomas P. and Betty R. Gordon Healy. A lifelong resident of the area, Mike was a graduate of Oneida High School, Class of 1970 and Onondaga Community college with his degree in Radio and Television Communications. He married Colleen Gostling in Oneida on November 2, 1973.
Following his graduation, Mike began his career in broadcasting with WMCR, becoming known as “The Voice of Oneida” with a “smile in his voice” and later became the station manager of WMCR. He later became the general manager of TK99 (WTKW), a station he helped put on the air in 1992 and in 2007 helped launch a weekly regional business news program in WCNY Public Television. Mike was later selected as the Executive Director of the Greater Oneida Chamber of Commerce, founding the annual “Business at its Best” award. He was appointed Director of Community Relations for the Oneida Healthcare Center, which he served until his retirement in 2015, with twenty-two years of service.
Mike was a past member of the board of the Greater Oneida Chamber of Commerce, who later honored him with its Distinguished service Award, past president of the Madison county Unit of the American Cancer Society, the Oneida Public Library, the Library Foundation, the United Way of Greater Oneida, The Rotary Club of Oneida who honored him in 1991 with the “Roses to the Living” award and the “Bill Fariel Vocational Excellence” award in 2015 and has served for many years as Trustee for the Village of Oneida Castle.
Willing to donate his time and talent to any worthy cause, Mike served as the program host for PAC99 and as Master of ceremonies for several community dinners and events. In 2013, Mike was selected to be honored as a member of the Oneida City School District Foundation “Wall of Distinction.”
Surviving besides his wife, Colleen, are his two daughters and son-in-law, Gillian and Ryan Belanger of  Austin, Texas and Claire Healy of North Syracuse; his two grandchildren, Liam and Lila Belanger: his sister and brother-in-law, Kathleen and Thomas Fencil of Nashua, New Hampshire; his two brothers and sister-in-law, Thomas P. and Susan Healy of Richmond, Virginia and John G. Healy of Utica; his step-sister, Mary Ann Byrne of Kingswood, Texas; his two step-brothers, Victor P. Tarry, Jr. of Bouckville and William and Joanne Tarry of Brooksville, Florida; and several nieces and nephews.
Mike’s family wishes to thank Drs. Ratnarajah, Vanderhoof and Mc Kay, the nurses and the staff of the 4th Floor and the ICU and especially Sue, Kaley, Mindy and Heather for the care given to him during this time.
Funeral services will be held 10:30 AM, Friday from the Campbell-Dean Funeral Home, Inc., 260 Main Street, Oneida, with the Reverend William Mesmer, officiating. Interment will be made in Oneida Castle Cemetery, Friends may call at the funeral home, 3-7 PM, Thursday. Contributions, in his memory, may be made to the Hospice and Palliative Care, Inc, 4277 Middle Settlement Road, New Hartford, NY 13413 or the Oneida Castle Fire Department, 3989 Sholtz Road, Oneida Castle, NY 13421.
To leave a message of condolence, visit www.campbell-dean.com.
C