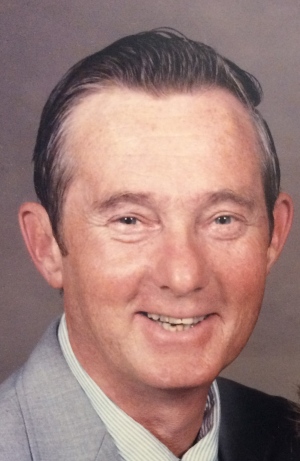 Biography: SANDS A. MC GLYNN
ONEIDA- Sands A. Mc Glynn, 81, of Broad Street, passed away on July 20, 2019, in St. Luke’s Hospital, where he had been a patient for the past two days.
Born in Oneida on September 18, 1937, he was the son of Leo F. and Christine Lindroth Mc Glynn.  A lifelong resident of Oneida, Sands was a graduate of Oneida High School, Class of 1955. He married Darla Howe in St. Patrick’s Church on September 8, 1956. Mrs. Mc Glynn died on August 3, 2008.
Prior to his retirement, Mr. Mc Glynn was employed with the Oneida Fire Department where he served as Deputy Chief. He was of the Christian faith and was a member of the Oneida Fire Department’s Benevolent Association.
Surviving are: one daughter and son-in-law, Dore and Tay Engstrom of Lake Havasu City, AZ; two sons and daughters-in-law, Darren and Tessie Mc Glynn of East Schodack and Grant and Irene Mc Glynn of Irvine, CA; five grandchildren; one brother, Leo F. Mc Glynn of Oneida and several nieces and nephews.
In keeping with Mr. Mc Glynn’s wishes, there will be no services. Arrangements are under the direction of the Campbell-Dean Funeral Home, Inc., 260 Main Street, Oneida. To leave of message of condolence, please visit www.campbell-dean.com.

CAMPBELL-DEAN FUNERAL HOME, INC.
Oneida
Condolences(04)
JOHN MCMAHON
#1
So many memories of years working together at the station, RIP Chief.
Michael (Dave) Hartwell
#2
Dear Leo and all Family Members,
I was a Classmate of Sands at Oneida High and want to express my Heartfelt Sympathies to you and the Family to the passing of Sands. He was a very Pleasant person and had the God given talents needed to make others very happy. I know you and all who knew him will miss him greatly.
Doug Rosenthal
#3
So sorry, spent many days fishing with Mac on Oneida lake.great sportsman, but a better man! Respectfully, Doug + Pete Rosenthal
Sara Stevens
#4
Dore Darren and Grant, My deepest sympathies on the loss of your father. I know that your mom welcomed him with open arms.
Top